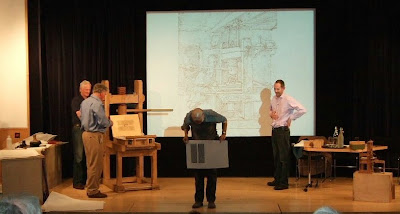 Alan May, who built the Gutenberg Press, is (in grey shirt) standing by the press. His assistant is showing the audience a printed page which has just been pulled from the press.
Here are some photos taken at the Gutenberg Press event at the British Library on 6th May 2008. They show Alan May himself, with his full-size one-pull Gutenberg Press, and also a miniature (quarter size) two-pull box-hose Common Press. All photos by kind permission of Irene Tepli. 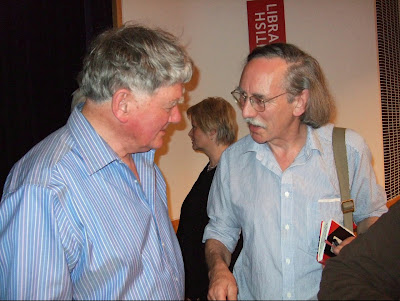 Above: Alan May (left) and Peter Chasseaud (right) 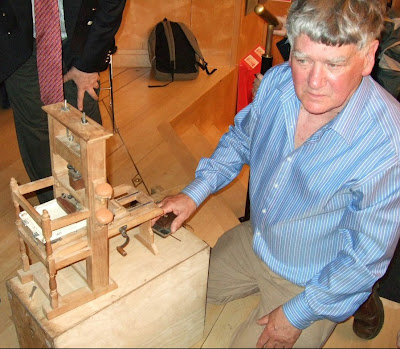 Above: Alan May with his miniature 18th Century Common Press. This is a quarter-size model of the full-size press he is building for The Tom Paine Press. 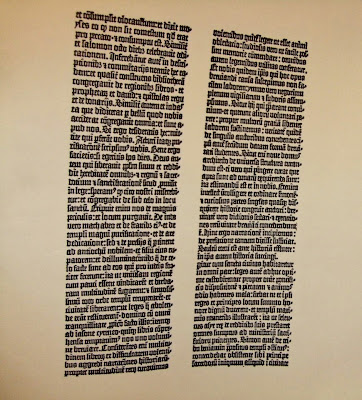 A page of the Gutenberg Bible printed during the demonstration by Alan May and his assistant. 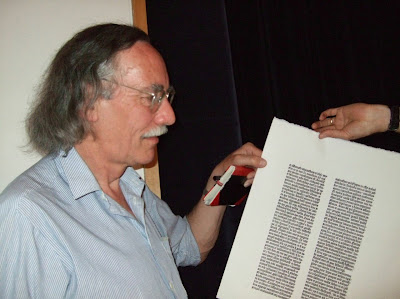 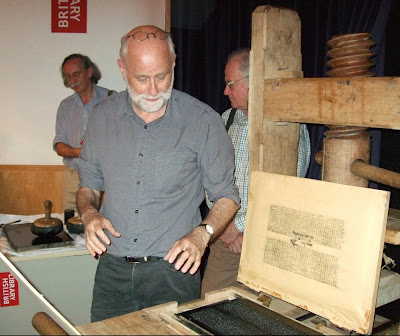 The type and tympan on the bed of the Gutenberg Press. 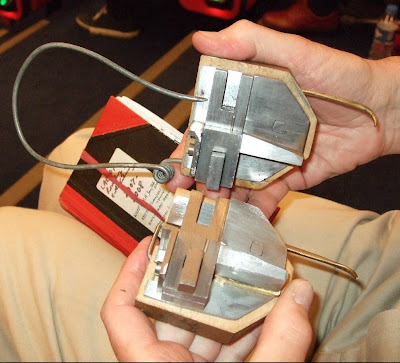 Type mould constructed by Alan May. When closed, hot metal (an alloy of lead and antimony) is poured in; this immediately solidifies into a piece of type. Prior to this, the positive of the letter to be cast is sculpted from a steel bar, which is then struck into a bronze matrix to create the negative form of the letter. This matrix is fixed into the mould, the two halves of which are held together with the wire spring-clips shown. Once the matrix has been made, it can be re-used in the mould almost indefinitely, so type can be mass-produced. 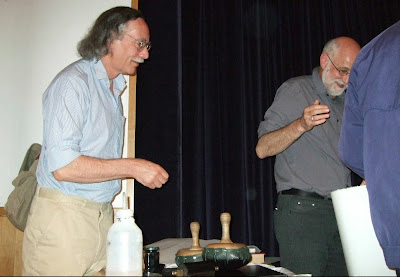 Peter Chasseaud (left) with the inking balls (on the ink slab). These are made from leather, horsehair and wood, The ink is picked up off the slab with a circular rolling motion, and applied to the type with a similar motion. To keep the leather soft and supple, it was (in the 18th Century!)steeped in urine.