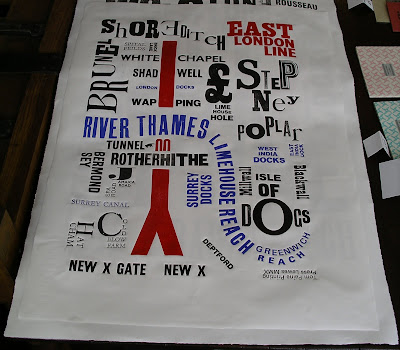 This print celebrates the reopening of the East London Line (which has now been subsumed into the 'Overground' system), but is also intended to preserve the memory of the old East London Line, as well as the London, Surrey, West Indai, East India and other Docks and the working class communities of the areas covered. Action by government, local authorities and developers (nowadays called 'regeneration') has, since the war, erased whole areas of the old London. They have done more damage than Hitler's bombs.
Posted by peter chasseaud at 15:04